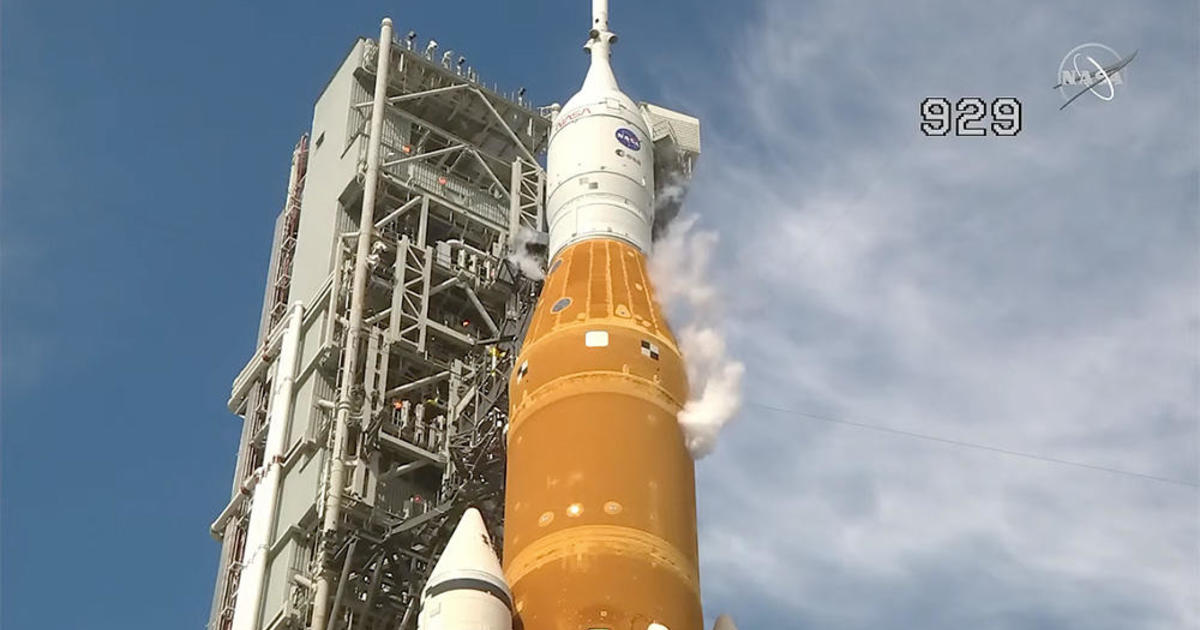 NASA’s Space Launch System’s Moon rocket initially encountered worrisome problems during a refueling test on Wednesday, but engineers “managed” a new leak in a fitting A launch attempt on September 3 was derailed They were able to fill the massive booster with a full load of 750,000 gallons of supercooled propellant.

They also conducted two other important tests, verifying that they could properly cool the four hydrogen-fueled rocket engines as required for flight and successfully pressurize their primary stage hydrogen tank to flight levels.

Launch manager Charlie Blackwell Thompson did not speculate on whether NASA would move forward toward a launch date of September 27 as previously discussed, saying she wanted her team to review data from the test before drawing any conclusions. But she said she was “extremely encouraged by the test today”.

“I don’t want to preempt the data, so I would like the team to have the opportunity to look at it to see if there are changes we need to make to our loading routines, our schedules or if we’re as good as they are,” she said.

The discussion could be tricky given the seal replacement that was blamed for the early launch delay and the system itself leaking, at least initially, again on Wednesday.

But even if the team concludes that September 27 is a viable target for the rocket’s first flight, that may not be enough. Space Force Eastern Range, which oversees all military and civilian launches from Florida, did not rule at NASA’s request to waive the requirement to check batteries in the missile’s self-destruct system.

With no access to the batteries at the launch pad and without compromise, NASA would have to tow the 332-foot SLS rocket into the iconic Vehicle Assembly Building at the Kennedy Space Center, delaying the launch by a month or more.

The long-awaited Artemis 1 mission is designed to send an unmanned Orion crew capsule on a 40-day flight around the moon and back to pave the way for Artemis’ first experimental mission in 2024. If all goes well, NASA plans to land two astronauts near the South Pole. to the Moon in the 2025-26 time frame, the first in a series of ongoing missions.

But engineers were baffled by elusive hydrogen leaks and other problems while preparing for the launch of the rocket. Already years behind schedule and billions over budget, the SLS rocket was first flown to Launch Pad 39B on March 17 for a refueling test to clear the way for launch. But back-to-back scrubs were ordered on April 3 and 4 due to multiple unrelated issues.

A third test on April 14 was called off due to a hydrogen leak near the primary stage fuel line rapid disconnect, and the rocket was returned to VAB for maintenance. It returned to the launch pad in early June only to encounter more problems during a refueling test on June 20, when engineers were unable to cool the rocket’s engines due to a stuck valve in a different system.

The rocket was returned to VAB for repairs in early July and returned to the platform in mid-August for what NASA hoped would be its maiden flight. But the launch attempt was called off on August 29 due to more hydrogen issues and again on September 3 when the 8-inch quick disconnect fitting leaked.

Following the second launch, NASA administrators chose to disassemble the launch pad, replace the inner seal, reassemble the instrumentation and perform a refueling test to verify the integrity of the seal. Hydrogen leaks usually only appear when plumbing is exposed to refrigerated temperature – minus 423 degrees Fahrenheit in this case,

Repair work was completed last week and testing began normally on Wednesday, with oxygen and hydrogen flowing into separate primary stage tanks at low rates. In an effort to mitigate thermal shock when switching to “quick fill” mode, the loading sequence has been slowed down and flow rates reduced to relieve stress on the devices.

But when the flow rate and pressures increased, sensors detected an instantaneous buildup of gaseous hydrogen in a containment container around the just-repaired quick-disconnect fittings, indicating a leak. Sensors detected concentrations of up to 7%, well above the 4% safety limit.

The engineers then chose to heat the fittings before restarting the hydrogen flow in hopes of convincing the inner seal to “recombine” itself. When the flow resumed, the leak was still present, but it was well below the 4% threshold and the engineers were able to move forward, eventually topping up the hydrogen tank with a full 730,000 gallon load.

Close examination of the sensor data showed that, in contrast to the initially observed behavior, the leakage rate decreased with increasing pressure. This is how the fitting was designed to work, indicating that efforts to put the seal back in place were at least partially successful.

Another hydrogen leak was reported near a 4-inch quick disconnect connection used in the refrigeration test. While the engineers had already agreed to go ahead with the observed focus, it would have stopped the actual countdown to launch. No word yet on what effect, if any, this issue might have on the layout at all.

Bill Harwood has covered the US space program full-time since 1984, first as Cape Canaveral bureau chief for United Press International and now as a consultant for CBS News. He has covered 129 Space Shuttle missions, every interplanetary flight since Voyager 2’s flyby of Neptune and dozens of commercial and military launches. Located at the Kennedy Space Center in Florida, Harwood is a devoted amateur astronomer and co-author of “Comm Check: The Final Flight of Shuttle Columbia.”