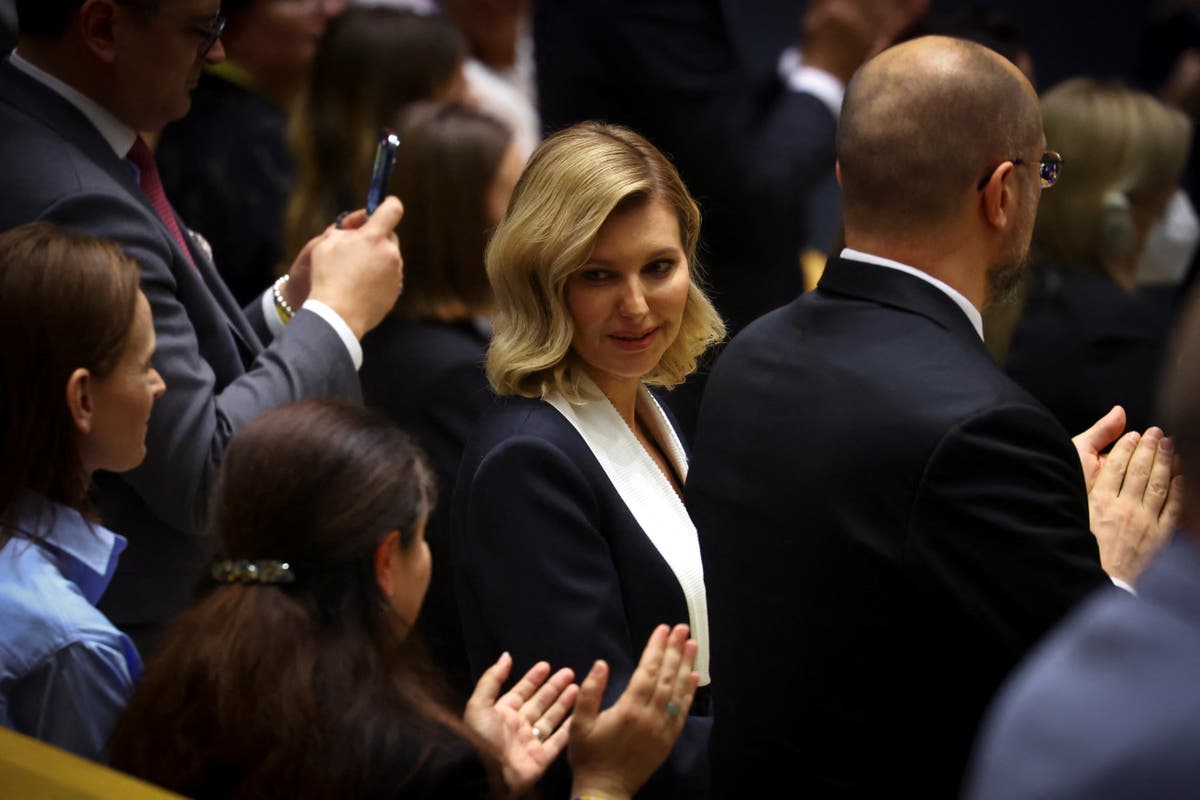 Ukraine’s President Volodymyr Zelensky received a standing ovation from UN diplomats after he delivered a hypothetical speech in which he outlined a five-point “formula for peace”.

Ukraine’s First Lady Olena Zelenska was seen smiling as delegates to the United Nations General Assembly warmly praised her husband after his speech on Wednesday evening.

In his address to the 77th session of the United Nations General Assembly, Mr. Zelensky spoke out against the unprovoked Russian invasion of his country, now in its seventh month.

Mr Zelensky told the UN General Assembly that his country was “ready for peace” and added that his plan sets out “preconditions for peace” and could work for “all who might find themselves in similar circumstances”.

He told diplomats that his plan included “punishing aggression, protecting lives, restoring security and territorial integrity, security guarantees, and a determination to defend oneself.”

Zelensky, who appeared in his oil green T-shirt, also said in his speech that Ukraine would eventually force all Russian forces out of its borders.

“We can return the Ukrainian flag to our entire territory. We can do it by force of arms,” the president said. “But we need time.”

The United Nations General Assembly voted last week to allow the speech to be delivered via video link due to the ongoing conflict in the country.

It is the first such recall in Russia since World War II and has been met with a certain level of opposition in the country.

US President Joe Biden also focused on Russian aggression in Ukraine in his speech on Wednesday.

If nations can pursue their imperial ambitions without consequences, we risk everything that this particular institution stands for. everything.”