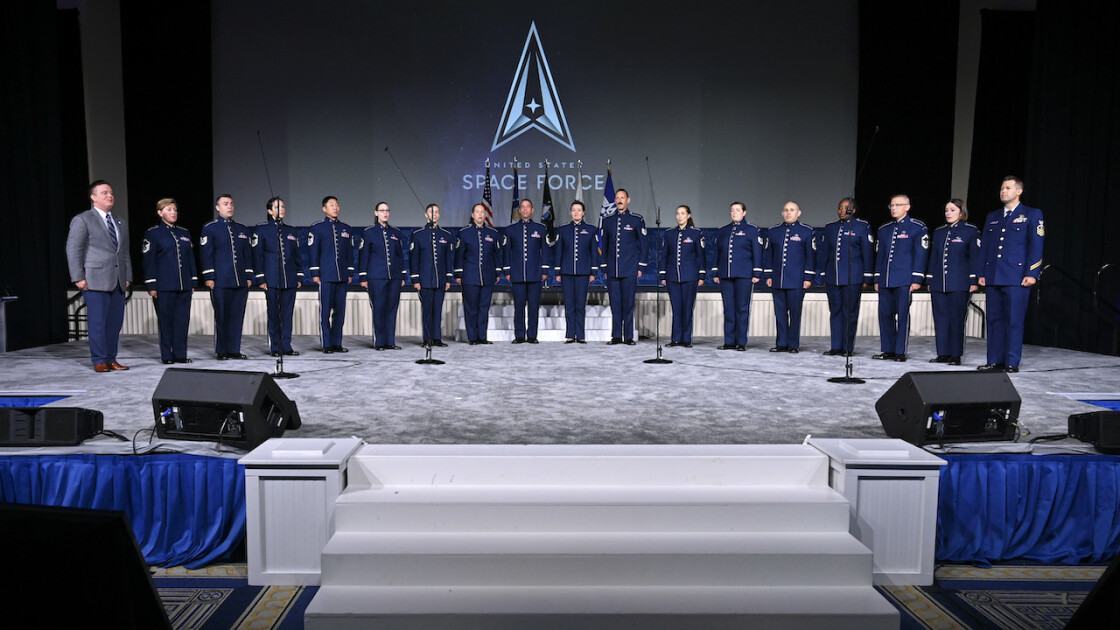 Kate Bush may have been running this hill all summer, but there’s a new tune in town: This week the US Space Force released their official service song—and it’s a great one.

Named after the USSF motto, “Semper Supra” (Latin for “Always Above”) was created “to capture the teamwork of both current and future Rangers, and aims to bring service members together by giving them a sense of pride,” According to the agency(Opens in a new window).

The sixth and smallest branch of the US Armed Forces, the Space Force was created in 2019 by then-President Donald Trump “to organize, train, and equip the military space forces…to ensure unrestricted access to and freedom to operate in space, and to provide vital capabilities to joint forces and coalition forces in peacetime and across the spectrum of conflict.”

Former US Air Force squad member James Tichenor worked with Chief of Space Operations General John Raymond and US Coast Guard trombone and arranger Sean Nelson on the piece, which “taken years of research and revisions” before it was unveiled during Tuesday’s in air and space 2022. The Cyber ​​Conference.

“The song was a long work in progress because I wanted to include all the potential that the power and vision of space had to offer,” said singer/songwriter Tikenor, “the visionary composer and driving force to create the song.” He wrote the lyrics and melody, while Nelson added harmony and harmony.

“I became familiar with the songs of other branches, but I wanted this song to have its own talking role to reflect what the power of space is: modern, new, very advanced,” said Nelson.

The eight-line piece features poetic phrases such as “We are the strong watchful eye, the guardians behind the blue, the invisible front line, the brave and true warriors.” Take a behind-the-scenes look at the new service song, performed by the Air Force squad members in all their glory, via USSF Official video(Opens in a new window). (Or save yourself time and just listen to the video above.)

“This is a once in a lifetime opportunity to create a space power song that will be a part of our culture and heritage for years to come,” Raymond said. “Our traditions are part of the fabric that weaves us all together as we carry out our missions side by side; I will be proud to sing the Sempter Supra alongside my fellow Guardians.”