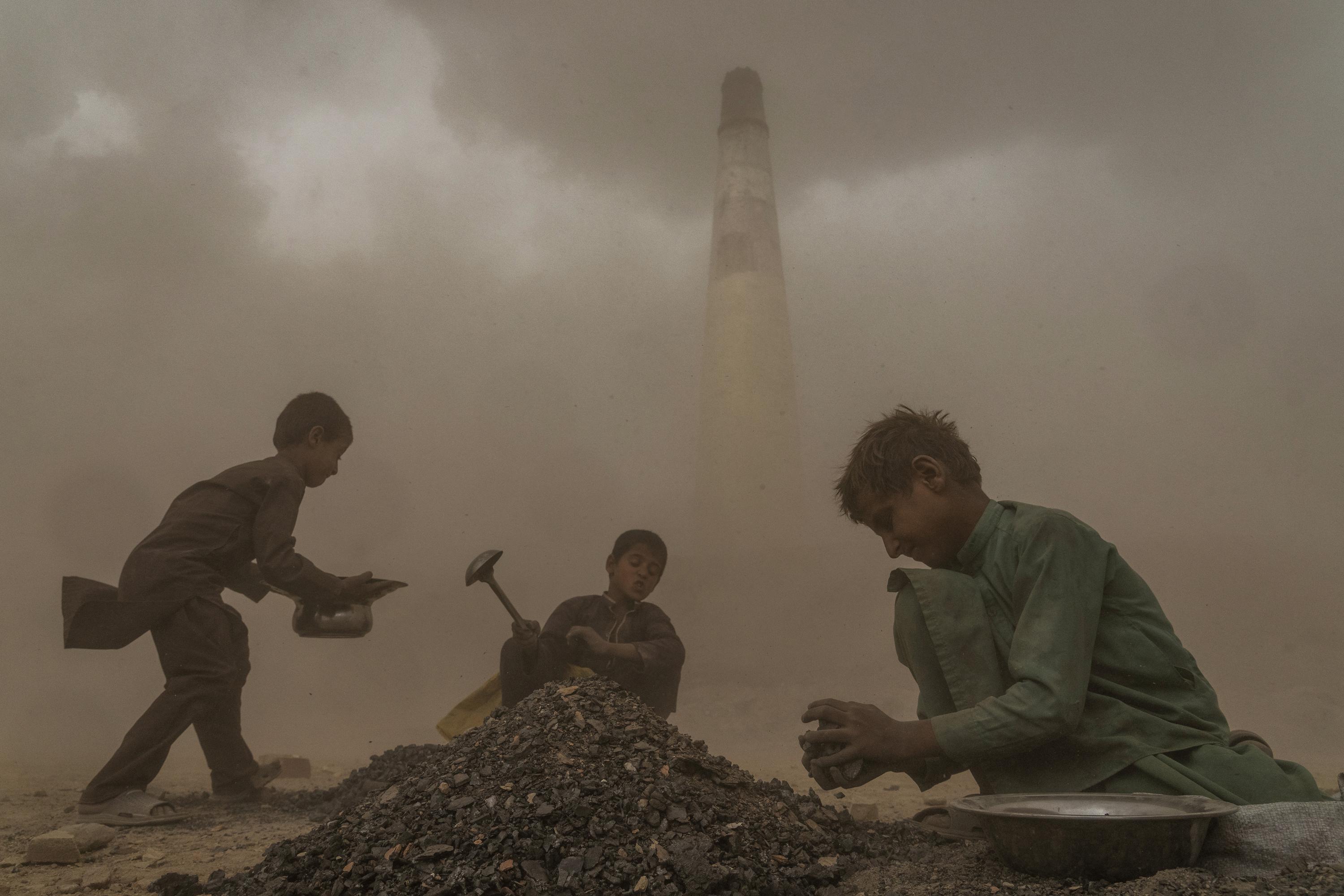 KABUL, Afghanistan (AP) – Nabila works 10 or more hours a day, doing the hard, dirty work of packing mud into molds and pulling wheelbarrows full of bricks. At twelve, she’s been working in brick factories half her life now, and she’s probably the oldest of all her co-workers.

The number of children employed in Afghanistan is already high, due to the collapse of the economy after the Taliban took over the country and cut off financial aid just over a year ago.

A recent survey by Save the Children estimated that half of the country’s households have kept their children busy keeping food on the table as livelihoods collapse.

Nowhere is it more visible than in the many brick factories on the highway north of the capital, Kabul. Conditions in the ovens are tough even for adults. But in almost all of them there are children as young as four or five who work alongside their families from early morning until dark in the summer heat.

Children perform each step in the brick making process. They move bowls of water and carry wooden bricks filled with mud to let them out in the sun to dry. They load and push wheelbarrows filled with dried bricks into the kiln for firing, then push wheelbarrows full of burnt bricks back. They pick up smoldering coals that have been burned in the furnace for bits that can still be used, inhale soot and sing their fingers.

Children work with determination out of knowing a little about their family’s needs. When asked about playing or playing, they smile and shrug. Only a few went to school.

12-year-old Nabila has been working in brick factories since she was five or six years old. Like many other brick workers, her family works part of the year in a kiln near Kabul, and the other part in a kiln outside Jalalabad, near the Pakistani border.

A few years ago, I went to school a bit in Jalalabad. She said with a soft smile that she wanted to go back to school but she couldn’t – her family needed her work to survive.

“We can’t think of anything other than work,” she said.

Mohabbat, a 9-year-old boy, paused for a moment with a sore expression as he carried a load of coals. He said, “My back hurts.”

When asked what he wishes for, he first asked, “What is a wish?” Then once that was explained, he was calm for a moment, thinking. “I wish I could go to school and eat well,” he said, then added, “I wish I could do well until we had a home.”

The landscape around the factories is bleak and barren, with the chimneys of the furnaces pumping out black, fine smoke. Families live in dilapidated mud houses next to the kilns, each with a corner where they make bricks. For most people, the meal of the day is bread soaked in tea.

Rahim has three children who work with him in brick kilns, aged between 5 and 12 years. The children were in school, and Rahim, who has one name, said he had long resisted turning them on. But even before the Taliban came to power, as the war dragged on and the economy deteriorated, he said he had no other choice.

“There is no other way,” he said. How can they study when we don’t have bread to eat? Survival is more important.”

Workers get the equivalent of $4 for every 1,000 bricks they make. Workers said that an adult working alone could not do that amount in a day, but that if children helped, they could make 1,500 bricks a day.

According to surveys by Save the Children, the percentage of families who said they had a child working outside the home rose from 18% to 22% from December to June. That would suggest more than a million children nationwide are working. The surveys covered more than 1,400 children and more than 1,400 caregivers in seven counties. 22% of children said they had been asked to work on a business or family farm.

The survey also indicated the collapse of livelihoods suffered by Afghans last year. In June, 77% of families surveyed reported losing half or more of their income, compared to a year ago, up from 61% in December.

One of the last days, in one of the furnaces, a light rain began, and at first the children rejoiced, thinking that it would be a refreshing drizzle in the heat. Then the wind blew. A blast of dust hit them, covering their faces. The air turned yellow with dust. Some of the children could not open their eyes, but they continued to work. Open rain in heavy rain.

The children were soaked. There was a child with water and mud flowing from him, but he said like others that he could not take cover without finishing his work. Streams of driving rain dug trenches in the dirt around them.