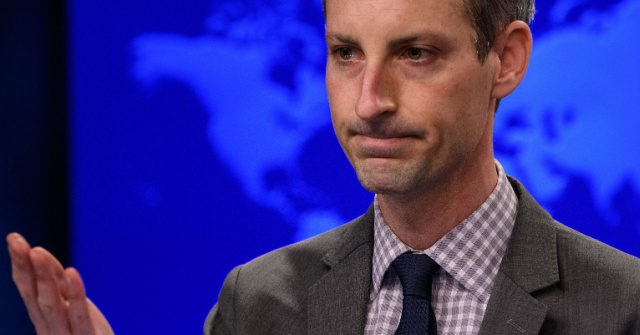 On Wednesday’s broadcast of “The Story” on Fox News, State Department spokesman Ned Price said President Joe Biden’s announcement that the United States would send troops to defend Taiwan was a reaction to a hypothetical policy and American policy had not changed, but the administration stands by an answer. Biden presumably.

male price [relevant remarks begin around 6:00] That Biden said “what he said every time this question was asked before, that is, our policy has not changed.”

Then host Martha McCallum stepped in to ask, “But he said four times now, if they invade, we’ll go in there with the American forces and support them. He said it four times. So, you’re telling me that’s not a change?”

Price replied, “And each time, to answer your question, the President also added in his answer that our policy has not changed. We see the benefit of continuing the status quo across the Taiwan Strait. We don’t want to see either side take unilateral action that would upset the status quo that they It serves our interests, and frankly it has served the interests of the international community for the past 40 years. It is our interest to preserve and maintain this status quo.”

McCallum then asked, “Do you stand by his answer to the premise?”