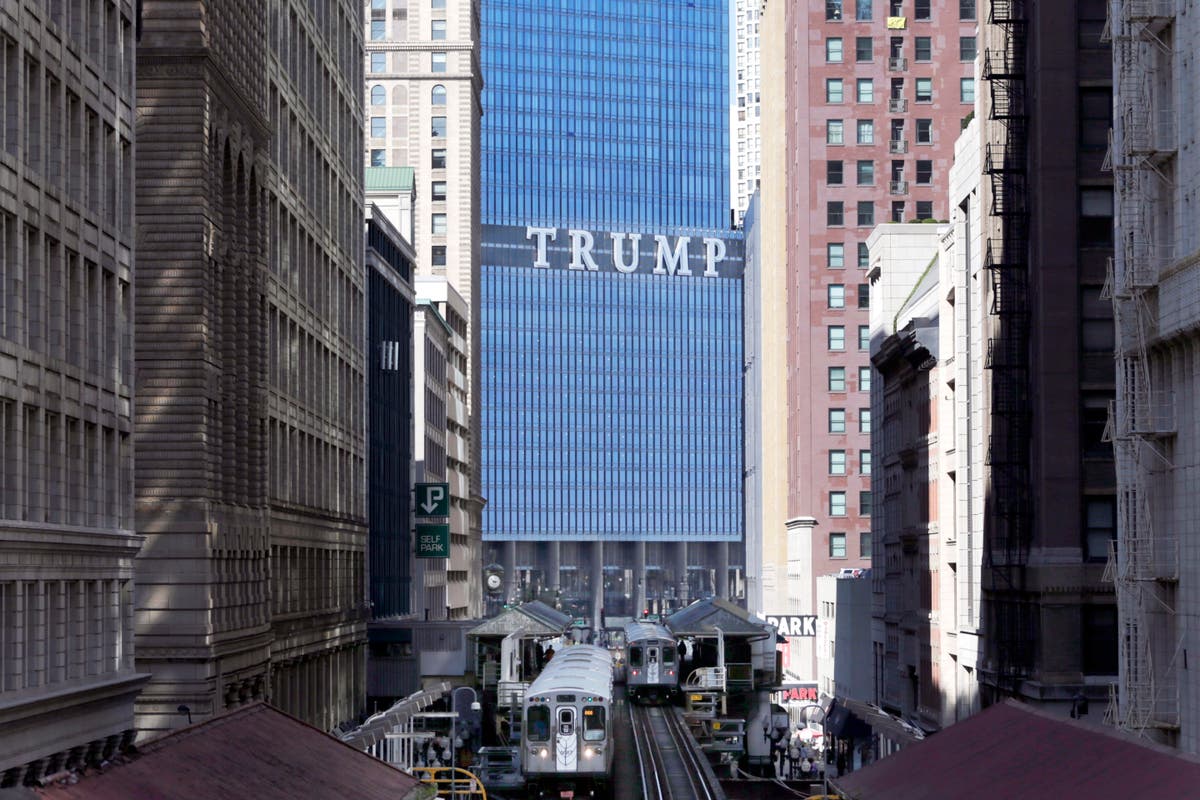 Donald Trump’s real estate empire has engaged in an “astonishing” level of fraud and deceptive business practices for more than a decade, during which the former president and his associates “flatly and fraudulently inflated the value of his properties” to obtain tax, loan and insurance incentives while bolstering his financial ambitions, according to the New York attorney general. Letitia James.

Mrs. James told reporters on September 21, in a 222-page civil suit, that Trump inflated his net worth in order to “deceive the banks and the people of the great state of New York.”

Multiple “financial position statements” prepared by his former accounting firm for nearly all of Trump’s high-profile properties were described as “exaggerated, grossly inflated, objectively false and therefore fraudulent and illegal.”

The lawsuit follows a three-year civil investigation into at least 23 of his properties and assets, from his home in the Mar-a-Lago resort in Florida to his eponymous tower in Manhattan and golf courses in Scotland.

Ms James’ office found that at least 11 of Trump’s annual financial statements contained more than 200 asset assessments that were false and misleading.

According to the lawsuit, “the number of significantly inflated asset values ​​is staggering, affecting most if not all real property in any given year.”

The attorney general is seeking to permanently bar Mr. Trump and his children Donald Trump Jr, Ivanka Trump and Eric Trump from maintaining any offices with any company in New York, and to prevent Trump and his company from engaging in any real estate deals in the United States. The state for five years, confiscating a quarter of a billion dollars obtained through alleged illicit gains obtained through “continuous” fraud.

These are property and assets that the attorney general’s office claims were central to a fraudulent scheme orchestrated by Trump and his business allies.

The property was valued based on Trump’s financial statements at values ​​between $90.9 million and $350 million from 2011 to 2021, according to the attorney general’s office.

“Declared values ​​of unsold condominium units in Trump Park Avenue were significantly higher than internal valuations used by the Trump Organization for business planning and failed to account for the fact that many units were rent stable,” Ms. James’ office said.

According to Ms. James’s office, the property was valued by a bank in 2012 at $220 million, “but in a statement that year and the following year…40 Wall Street was valued at $527 million and $530 million—more than double the value that It is calculated by professional and independent appraisers.”

Trump bought the 212-acre property in 1995 for $7.5 million, but has valued it at $291 million over the past decade based on allegations that the property is for nine mansions that could be sold at a profit of more than $161 million. A “fantasy, completely unsupported” by the history of evolution, according to Ms. James’s office.

On “multiple occasions” from 2011 to 2019, Trump made “false and misleading representations” of the property’s value, while valuations from 2013 to 2018 (except for 2015) omitted “key variables” including rental expenses.

According to James’s office, “When escalating scheduled rental expenses were factored into the 2020 and 2021 valuations of Niketown, despite the increased revenue assumptions, the property’s reported value declined from the mid-$400 million range to the $225-250 million range.” .

Mr. Trump had a minority stake in the company, but his financial statements often included cash held by that entity. According to James’ office: “In some years, this restricted money accounted for nearly a third of all cash reported by Mr. Trump.”

The former president’s resort property in Florida was valued at $739 million but “in fact, the club generated less than $25 million in annual revenue and should have been valued at close to $75 million.”

He allegedly did not separate each club but instead “presented its value as a single aggregate item,” according to the lawsuit.

At Trump National Golf Club Westchester in Briarcliff Manor, New York, the property’s valuation is contingent on expected income from inflated membership numbers, according to the lawsuit. In 2011, that counted on new members paying close to $200,000, although most never did. Mr Trump also directed staff “specifically” to “reduce or eliminate” start-up fees to increase membership, according to Ms James’ office.

Other schemes allegedly boosted the value of the former president’s clubs in North Carolina, New York, New Jersey, Philadelphia and Virginia, according to the lawsuit.

Trump bought Trump National Jupiter Golf Club in Jupiter, Florida, for $5 million, but the property’s value was $62 million less a year later in 2013 — an increase of 1,100 percent, according to the lawsuit.

The Trump Organization “inflated the value” of “Trump National Golf Club in Los Angeles” by inflating the value of a large number of potential lots for sale in areas surrounding the golf course, and from 2013 to 2020, applying 30 undisclosed cases for every cent the brand inflated The value of the golf club,” according to James’s office.

The premium scheme allegedly led to a nearly $50 million increase in the golf club’s valuation in a 2013 statement.

The Trump Organization also donated 16 items, worth $25 million that were accessed “through tactics that fraudulently manipulated the valuation, including ignoring a report prepared by an engineer to assess the costs of developing the widget” and failing to account for cost savings from a nearly $1 million commitment the company avoided from By not having to develop affordable housing units there.

The golf course was valued at $327 million in 2014, based on the Trump Organization’s claim that 2,500 homes could be developed on the property, though the company only received zoning approval to build fewer than 1,500 units, according to the lawsuit. The units proposed by the Trump Organization made up 80 percent of the company’s total valuation.

The course has been running at a loss since it opened in 2017, having been purchased in 2014 for $60 million with values ​​between $123 million and $126.8 million in subsequent years, according to the lawsuit, which alleges the Trump Organization relied on a “false error.” misleading” and should be evaluated at a much lower number.

The property has not been included in Mr. Trump’s financial statements since 2009 because “according to sworn testimony, Mr. Trump did not wish to take a position contrary to his claim to the tax authorities that the property had become worthless and thus formed the basis of a significant loss under federal tax law.”

But in 2012, Trump and the Trump Organization took out a $107 million loan for the building from Deutsche Bank. The loan received a $45 million expansion in 2014, and “Trump’s assumed net worth of $4 billion reflected in his statement was used to personally guarantee the initial loan” at a lower and more favorable interest rate, according to James’ office.

The loan agreement required for property acquired through Deutsche Bank requires Mr Trump to “certify the truthfulness and accuracy” of his data as a condition of receiving the loan.

The Trump Organization took out a $170 million loan from Deutsche Bank to convert the property into a luxury hotel, then sold the property for $375 million in 2022 — generating “more than $100 million in net profit, which was the result of the loan it took.” … are able to obtain it using his false and misleading statements,” according to the prosecutor’s office.